Four games in two days may have put a toll on the Olympiacos U14 Red Naperville team players but they didn’t notice the bruises too much on Sunday as  they claimed the championship win in the Glen Ellyn Lakers Fall Classic tournament.

Saturday marked the third year that the Olympiacos team attended the tournament (as U12, U13 and now U14s) and this marks the second year in a row that they have won the tournament.

Olympiacos U14 Red Naperville won all four of their games to win the trophy. 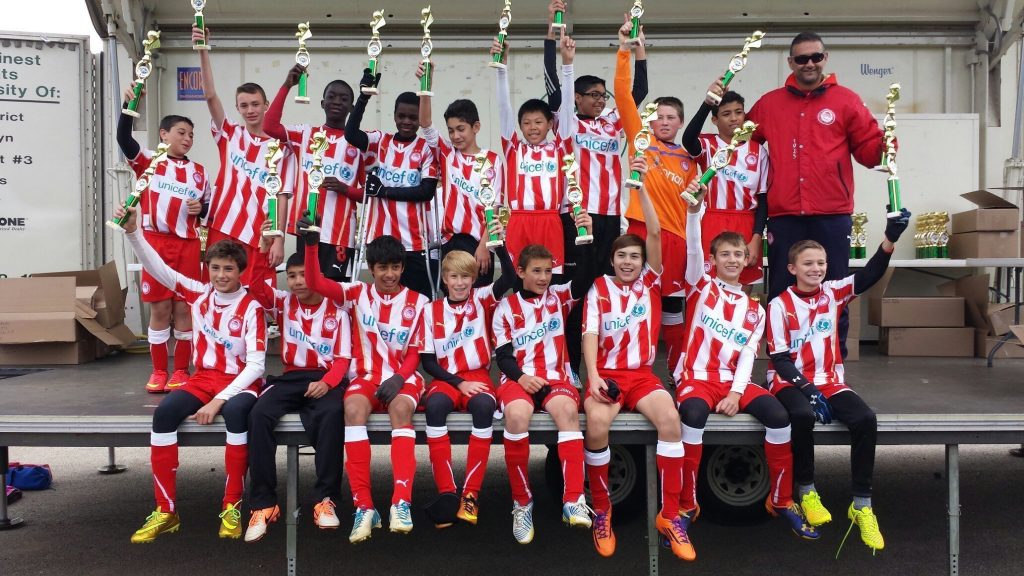 At the same time the Olympiacos U10 Red Naperville team which has attended the tournament three times (has won it once) was not able to reach a finals spot.

October is Breast Cancer Awareness Month, which is an annual campaign to increase awareness of the disease. While most people are aware of breast cancer, many forget to take the steps to have a plan to detect the disease in its early stages and encourage others to do the same.

Both Olympiacos teams participated in raising awareness by displaying colors of the campaign with their shoes laces! 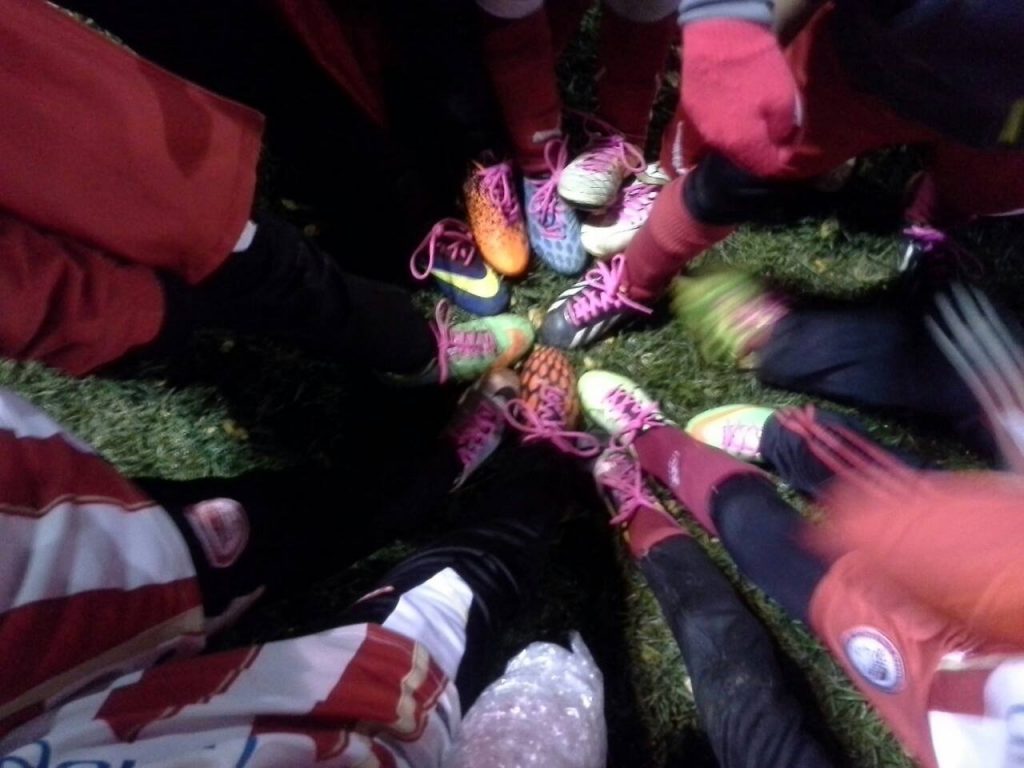