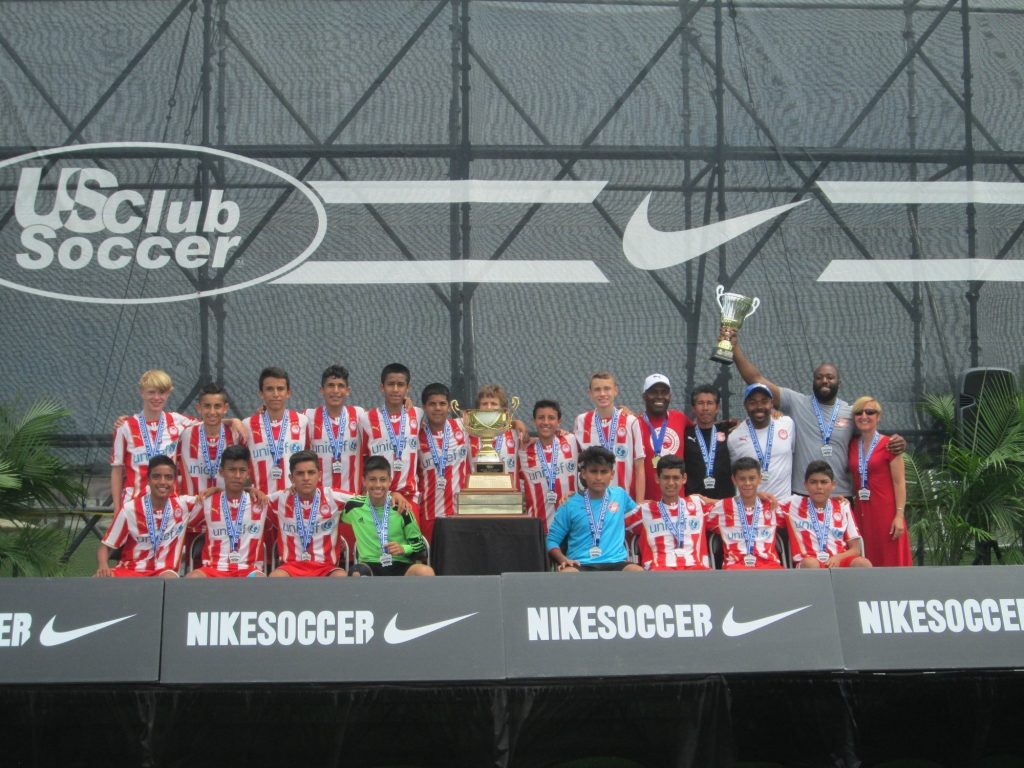 The Olympiacos Chicago U14 Red City team captured the US Club Soccer National Cup Championship this past week with a 2–0 win over Maui United Soccer Club (Hawaii) in the Under 14 Boys Super Group (top group) final on Monday, July 20th.  After having 1 win and 2 ties in group play at the Grand Park Soccer Complex in Westfield, Indiana, Olympiacos Chicago was the second seed headed into the final behind MUSC.

Overall at the National Cup Finals, Olympiacos Chicago U14 Red City ended with 2 wins and 2 ties – while outscoring their opponents 9 – 2 over the three days.  On their way to claiming the National Championship, they recorded a victory over Caimans (Florida) and ties with STA Morris United (New Jersey) and GPS-NH Classics (New Hampshire) before knocking off Maui (Hawaii) in the final.

Three weeks earlier, Olympiacos Chicago U14 Red City earned their spot in the National Finals by capturing the US Club Soccer Regional Championship in Waukegan, Illinois.  The U14 team won  their bracket in the top Super Group division and played in the semifinals against San Antonio SC, the NISL Premiership 1 League Champions, and won 5-2. The U14 then played the Minnesota Twin Stars Academy, the Minnesota State Champions, in the finals , and won a hard-fought game in overtime  3-2.

Congratulations to the boys, coaches, team managers and all those involved in this successful endeavor !!!