Olympiacos Soccer Club Chicago began its 2014-2015 season with participation in several tournaments. The weekend formats gave each team competitive games and a good work out in preparation for the fall travel season. The outstanding play and sportsmanship that characterize outstanding soccer provided plenty of enjoyment for players and fans alike.

The season kicked off mid-August, as Olympiacos Chicago City U12, U14 and U15 teams prepared for and traveled to Downingtown, Pennsylvania to participate in the Spirit Kick-off Classic. This soccer tournament is the second largest in Pennsylvania attracting nationally ranked youth soccer teams.

Labor Day Weekend marked another busy weekend for many Olympiacos Chicago teams. Olympiacos Niles U10 Red and U11 Red teams participated in the Nike Labor Day Tournament at Olympic Park in Schaumburg, Illinois. The teams had great preparatory exposure – they played hard and stayed focused – an overall good playing experience.

Olympiacos Chicago City U12 Red and U14 Red teams participated in the longest running tournament in the Chicago-land area the Palatine Celtic Cup, in Palatine, Illinois. Olympiacos City U12 Red won their division and were crowned champions playing in the final against Chicago Alliance FC (3-1). 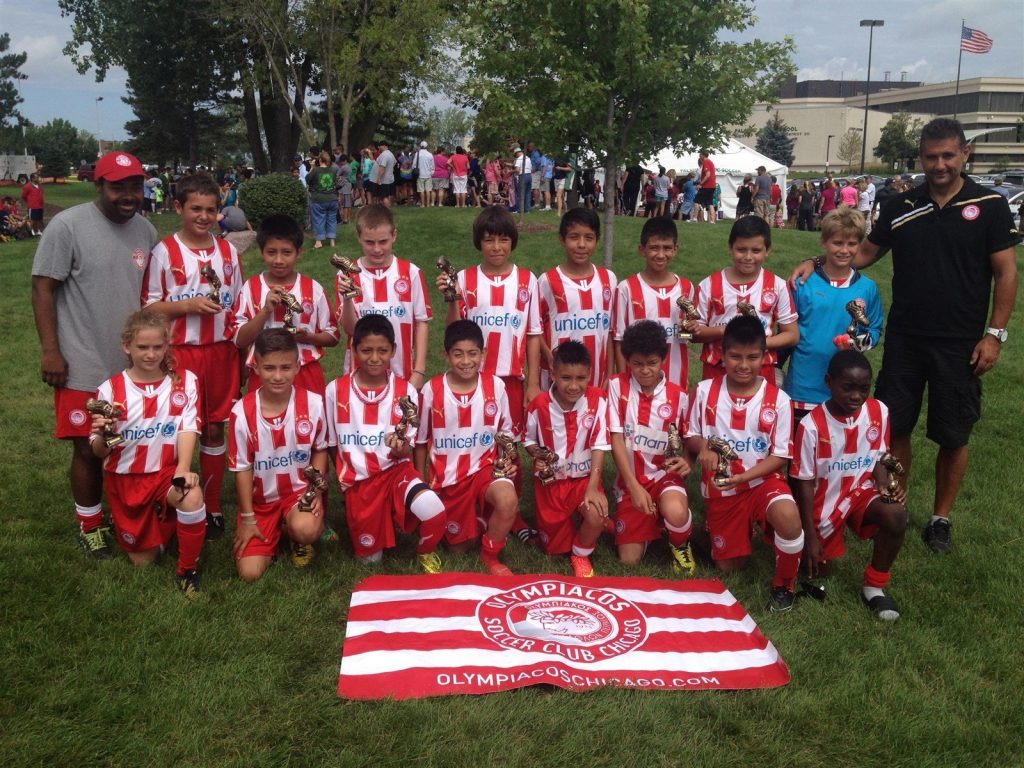 Olympiacos Chicago West U11 team participated in the NSR Tourney, in Naperville, Illinois. The team won the championship game against Evolution Elite (4-0) and were crowned champions in their division.

Good luck to all teams in the Fall 2014 season! 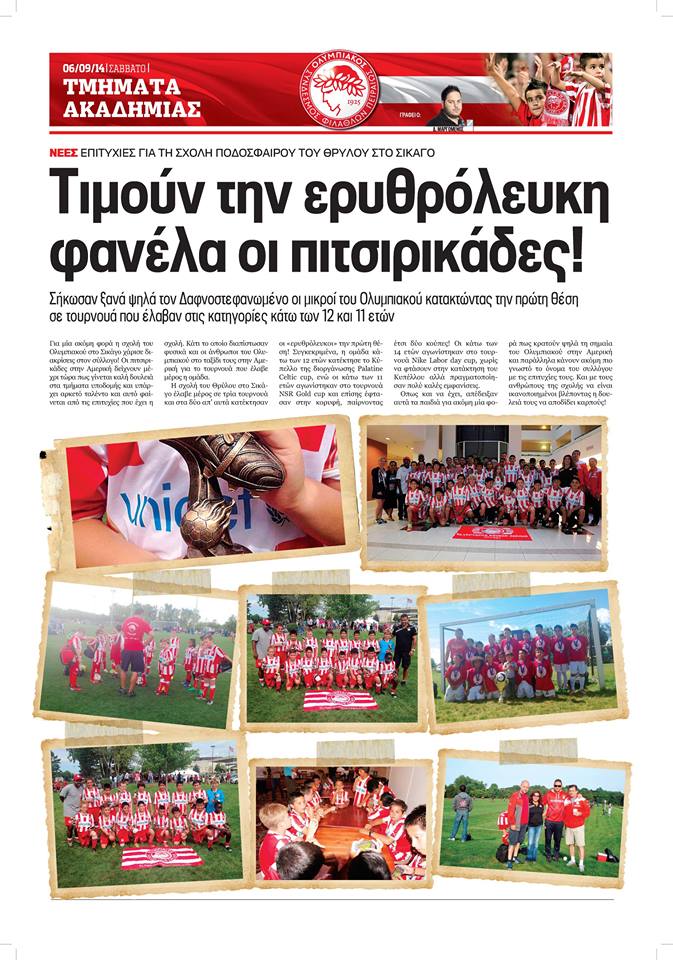