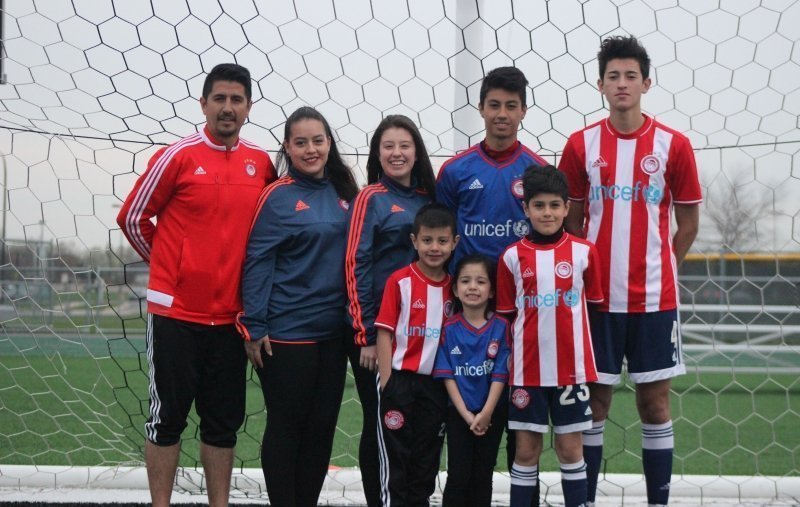 The Andrianopoulos brothers were amongst our founding members and one of the first players in the history of the club, but after 92 years on the other side of the world, in Chicago, USA, there are five siblings who wear the red-white jersey and “serve” Olympiacos. Our Olympiacos Soccer School in Chicago has its own legendary quintet.

Five siblings originating from Mexico are playing in our Olympiacos Soccer School in Chicago and represent the club in all US matches. Their father is Jesus Contreras who in recent years is a coach in one of the school’s teams and five of the six children, among them a girl, playing soccer on their favorite team.

Little Emely, born in 2012, is a member of the girls’ team and the following brothers who compete: Fabian (2010), Abraham (2006), Sebastian (2001) and Ismael (1999). The last one is the captain of his team as well and in 2016 had visited Greece with his father and brother Sebastian to play friendly games against our Resident Academy and other local Olympiacos Soccer Schools.

The family of Jesus and Maria has another girl, Abigail (2002) who does not play football, but watches her siblings excel.

Jesus Contreras, born in San Pendro Xalpa city in Mexico in 1979 began playing soccer in a vacant lot and by 12 was playing more organized soccer in the US.

The experienced coach has been “serving”  Olympiacos for a number of years now and states that he is really honored to be a member of a large European club: “It is very important to me personally, and to my family to be members of Olympiacos,  such a great European club. I am really obliged to the people who believed in me and made me part of this large family. For my family, being a member of Olympiacos is an honor – it’s pride. My kids love being on Olympiacos teams and always want to win wearing the Olympiacos jersey“.

Our Director of Operations in Olympiacos Soccer School in Chicago Yiannis Kosmas had the following to say about the Contreras family: “They are soldiers of Olympiacos,  as we are. They are members of a large European club which constantly plays in the Champions League and beats other great clubs. When they came to Piraeus last year,  they were were amazed and became more excited about Olympiacos with what they encountered there. Jesus is a great man, a great coach who loves children and has a thirst to learn new things. In Chicago, we are a loving family who all together are working for the good of the children and to worthily represent Olympiacos in the USA.” 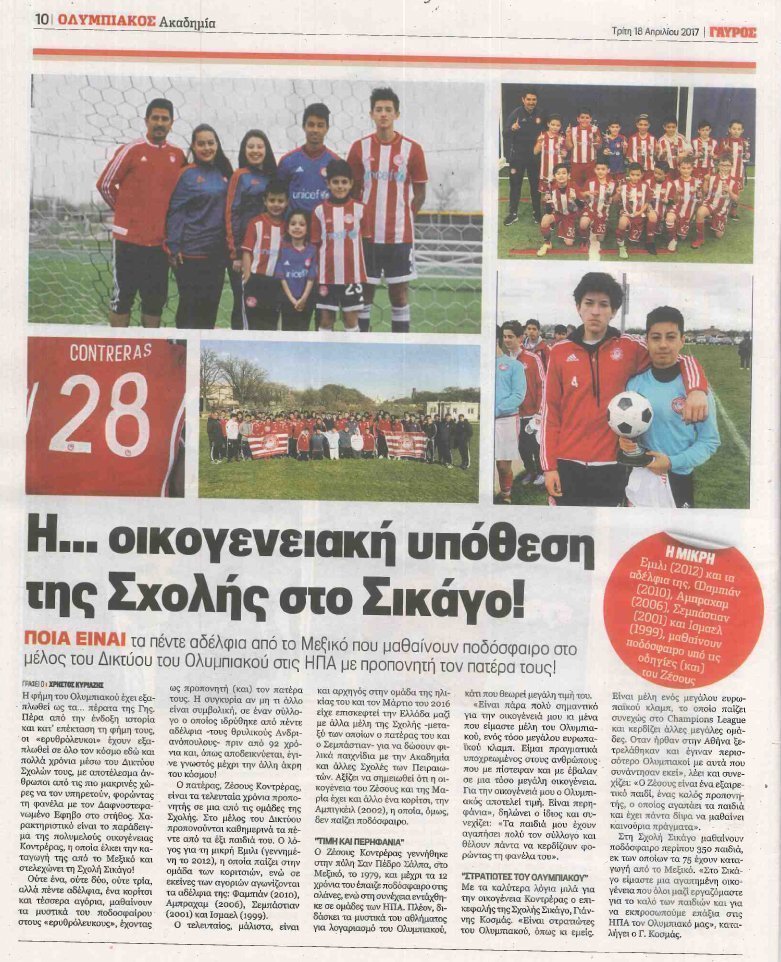