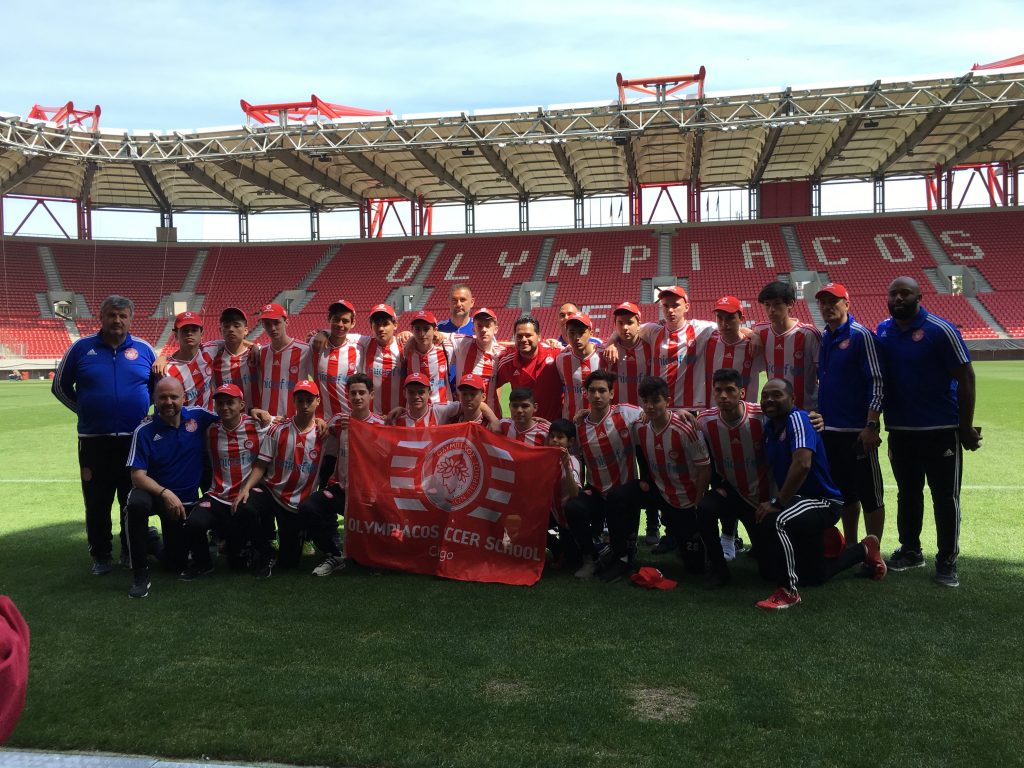 On Friday, April 1, 2016 the members of the School of Chicago who are visiting Greece took a tour at the home of Olympiacos, Georgios Karaiskakis Stadium.

The kids and coaches of the school toured the Olympiacos Museum and were left speechless because they did not previously know a lot about the great history of the club that they represent. They couldn’t believe that they would “meet” Pele, Maradona, and even Jordan within the museum halls.

They were then guided through the interior of the stadium to the field, stands and even the dressing rooms and lobby which thrilled a lot of the visiting members.