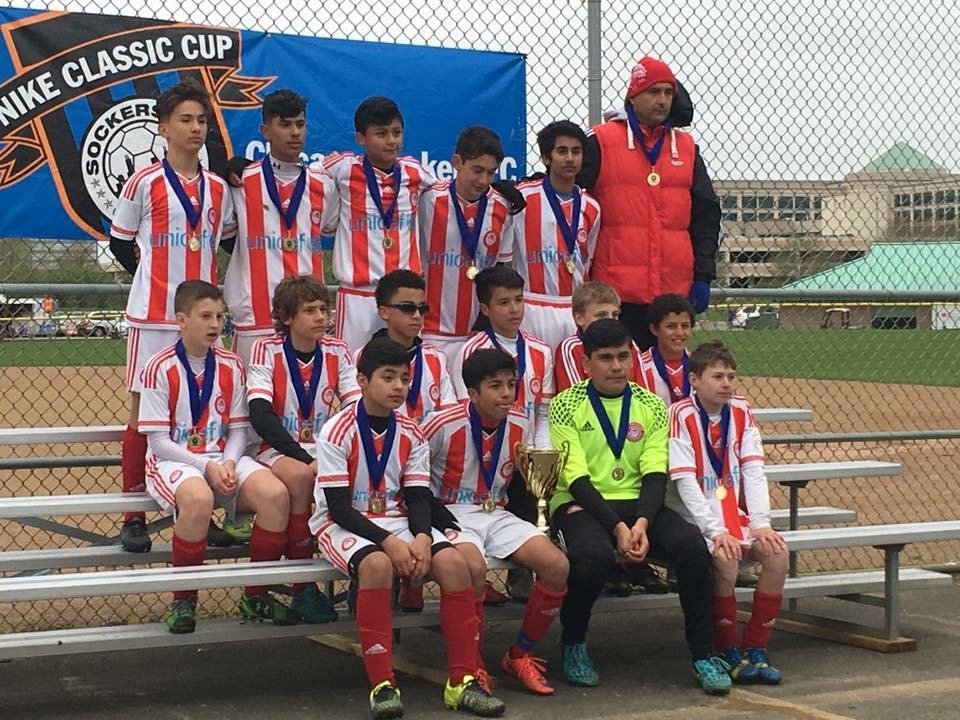 As we mentioned in our previous article Olympiacos Chicago U14 Red Hinsdale Boys team continue to impress with their performances and this time around only two weeks after being crowned champions in the 2016 Saint Louis (Missouri) Scott Gallagher (SLSG) Spring Classic Tournament (April 16-17, 2016) the boys played up a flight in the Schaumburg, Illinois 2016 Nike Classic Up (April 29 – May 1, 2016) U15 Cup Division and brought home the trophy once again!

This marks three championships in three tournament entered for the U14 Red Hinsdale team for the 2015/2016 season!

Olympiacos U14 Red Hinsdale ended up with a record of 3 wins and a tie before being crowned Champions.

Congratulations to all player and coaching staff!