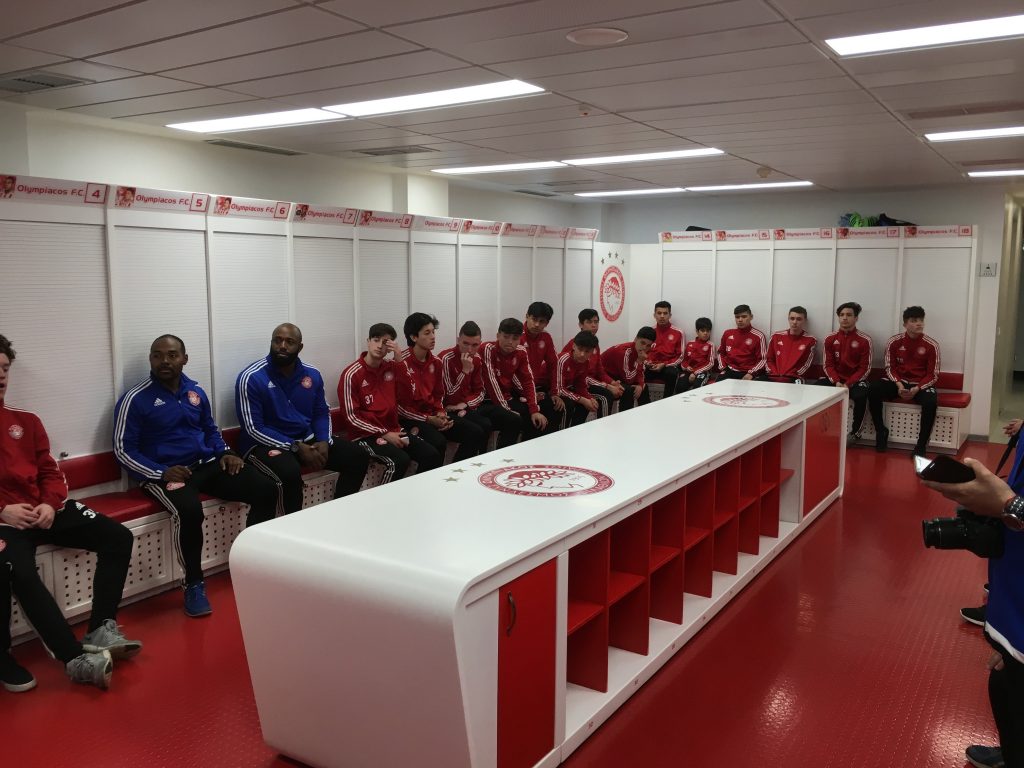 The players and coaches of the Chicago School alongside Director of Operations Mr. Yiannis Kosmas and Mr. Vasilis Nanos, Director of the Worldwide School Network, were given a tour of both the exterior and the interior of the center in a truly unique experience.

Both the coaches and the players had dozens of questions about the facilities, the manner of operation of the Centre, questions about player budgets in Greek football and even how the grass is cut! Most of them have never visited the center before and were impressed by the investments made by the club.