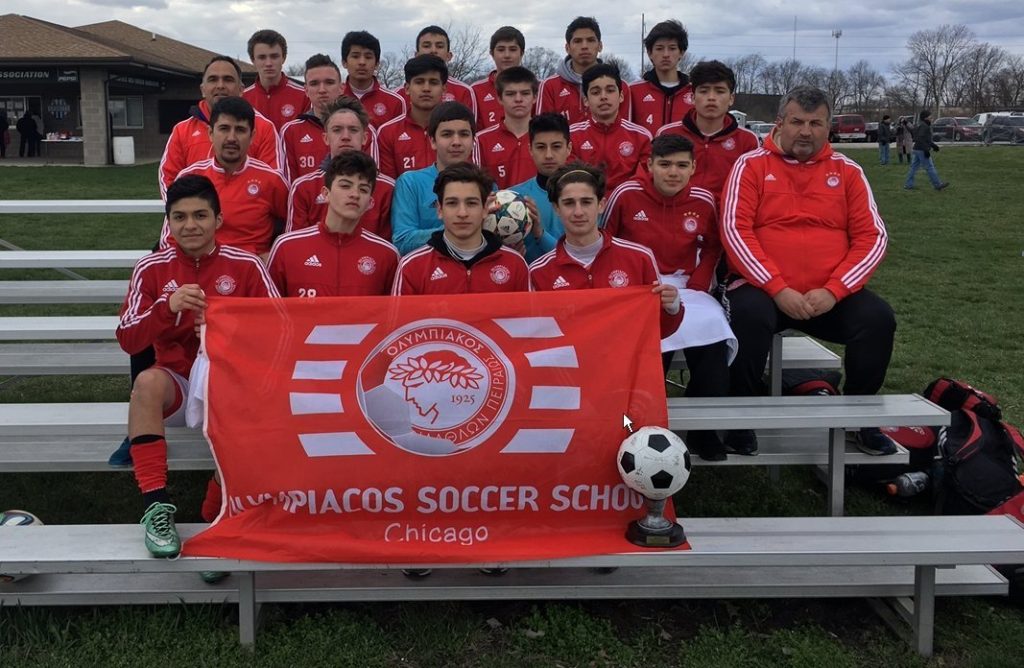 A group of 22 players and 7 coaches will be traveling to Piraeus, Greece on March 27  (returning an April 4th) to train at the Olympiacos FC Renti facilities, and play games against local Olympiacos Soccer Schools and our Resident Academy team.  The team named “Team Greece” comprises of 20 Olympiacos Chicago Naperville players ages 1999, 2000, 2001 and two players ages 2006 and 2002 that will be training with the resident academy U9 and U13 teams the entire week.

To prepare for their upcoming trip “Team Greece” attended the 2016 Lincoln-land Invitational tournament in Springfield, Illinois playing in the U17 Division.  The team went on to win the tournament undefeated and without conceding any goals (4 wins, 8 GF – 0 GA).

Congratulations to all player and coaching staff and best wishes for their trip to Greece!