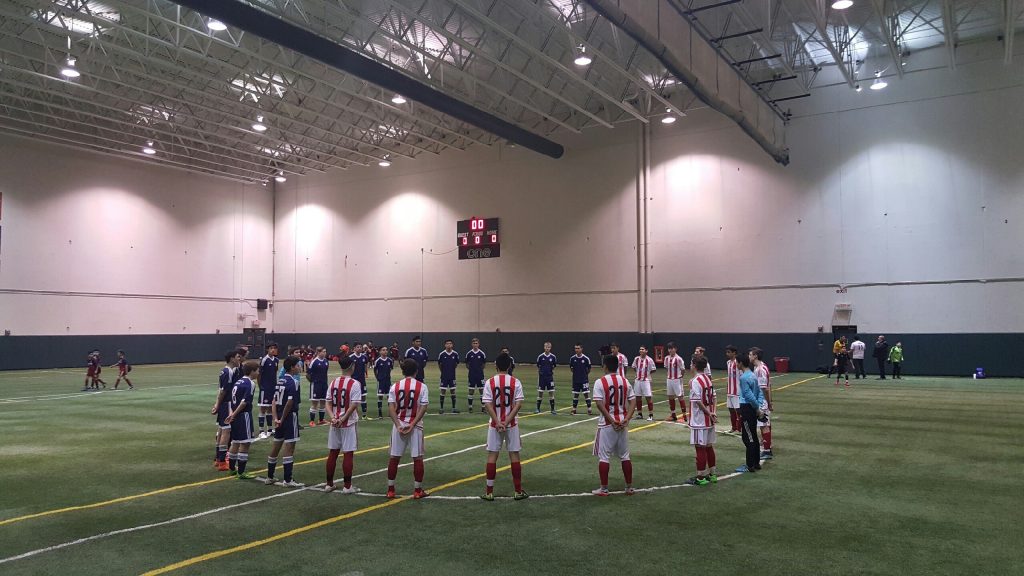 On February 8, 1981, 21 fans lost their lives in one of the worst sporting disasters in the history of Greece…

On Saturday, February 6, 2016 prior to one of the academy’s games Olympiacos Chicago held a minute of silence in dedication to the victims of the ‘Gate 7’ tragedy, the anniversary of which is on Monday, February 8, 2016. The academy also contributed a wreath at the actual memorial held by the club that morning.

On the 8th of February 1981, 21 fans lost their lives when they were crushed in an over-packed Giorgios Karaiskakis Stadium. The occasion was a league match, the result of which – a 6-0 victory to Olympiacos over rivals AEK Athens – has been forgotten in the wake of one of the worst sporting disasters in the history of Greece.

On Saturday, February 6, 2016 the club held a memorial ceremony at the Karaiskakis Stadium, paying respects to the victims who lost their lives 35 years ago, where manager Marco Silva, his players and club president Evangelos Marinakis were all present, along with hundreds of fans.

The players and coaches of the Olympiacos Chicago academy noted prior to the game:

“This game is dedicated to the victims of ‘Gate 7’ – We will always remember them.”