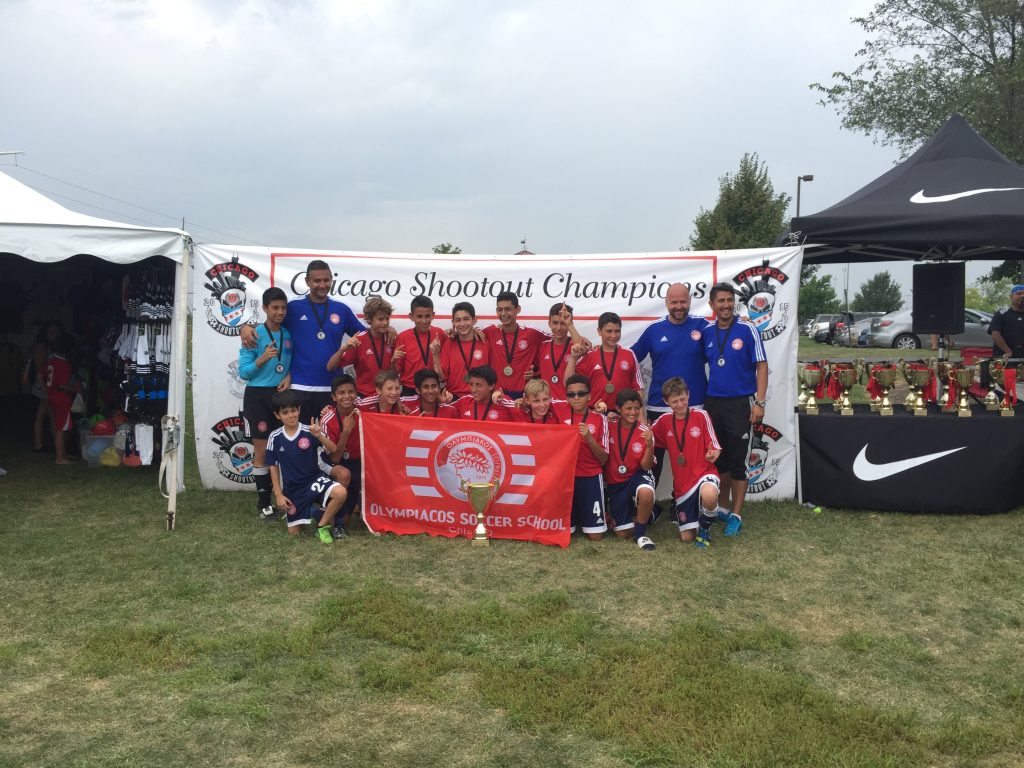 Olympiacos U14 Red Hinsdale went undefeated in the 2015 Naperville Soccer Association (NSA) Chicago Shootout on Monday, September 7, 2015 in Naperville, Illinois. The team finished in 1st place overall in their group and qualified to play in the final against Classics Eagles Red the Ohio State Cup Champions from Columbus, Ohio. U14 Red Hinsdale beat the Aurora Flames 4-0, beat Campton United SC 5-1, beat Chicago Inferno Elite 2-0, and won the final against Classics Eagles 5-4 in penalties (after regular and overtime ended 1-1).

The Olympiacos U11 Legends team also attended the NSA Chicago Shootout but did not progress past the group stage.

Congratulations to all player and coaching staff and best wishes for a successful 2015/2016 soccer season!