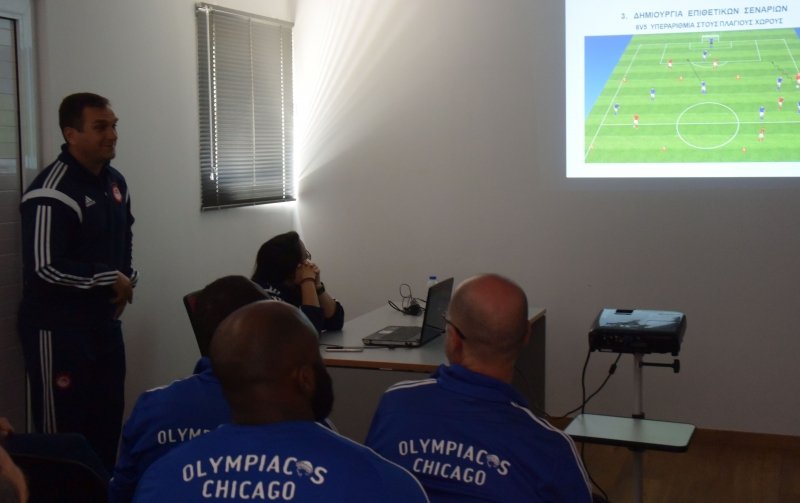 Thursday, March 31, 2016 was a day full of coaching seminars for the coaches of the Chicago school. The technical staff of the Olympiacos Resident Academy under the direction of Mr. Theodoros Eleftheriadis undertook the training of the coaches of the school at all levels.

The trainer of the Resident Academy U-20 team Mr. Rosidis analyzed issues concerning the role of fitness in modern soccer and showed a video while the head of goalkeeping Mr. Strakosha spoke theoretically with examples about issues that trouble goalkeepers.

The seminar ended with Tactical Analyst of the Academy Ms. Katerina Falida explaining the role analysis and preparation of teams for matches has. She also analyzed highlights from the friendly between the Chicago school and U-16 Academy team and identified the correct decisions and mistakes of the players from the Chicago School.