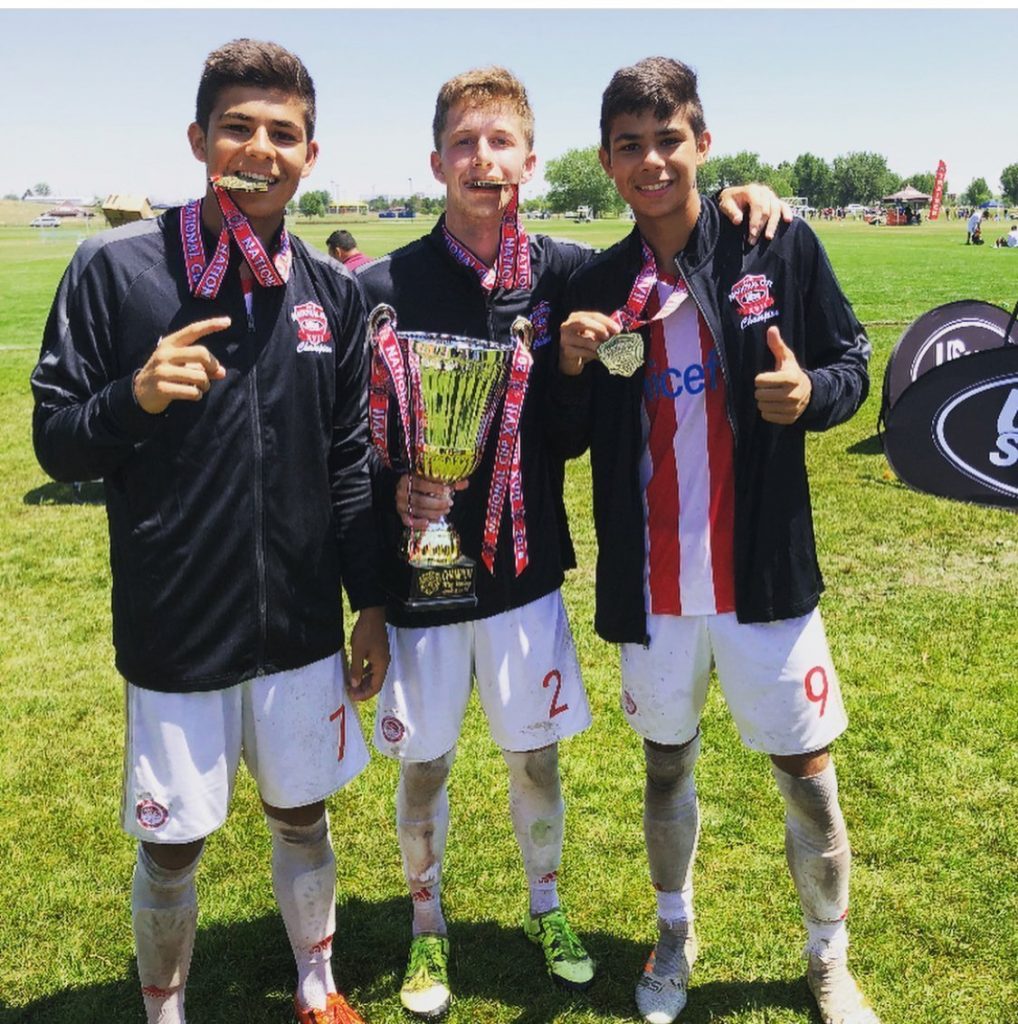 Picture: Nick Markanich (Right) – Yes you are not seeing double. That is his brother on the left Anthony Markanich.

He is the first player to join them in their team’s history (newly formed club). Nick Markanich and his brother Anthony Markanich were instrumental for the overall success of the Olympiacos U19 team during the 2017-2018 season including the National Cup championship.

The National Cup Championship capped off an incredible season for this group of boys, after being crowned Champions at five tournaments/showcases/divisions (US Club NISL Illinois Cup, Libertyville Cup, NIKE College Showcase, SLSG College Showcase, and Chicago Indoor League) throughout the season. The game numbers were very impressive for this group considering the level of play (top flights) in all competitions. The team played 39 games (33 wins, 3 loses, 3 ties), scored 137 goals (3.5 goals per game) and gave up 35 (.89 goals per game).

Olympiacos Chicago would like to wish Nick all the best!