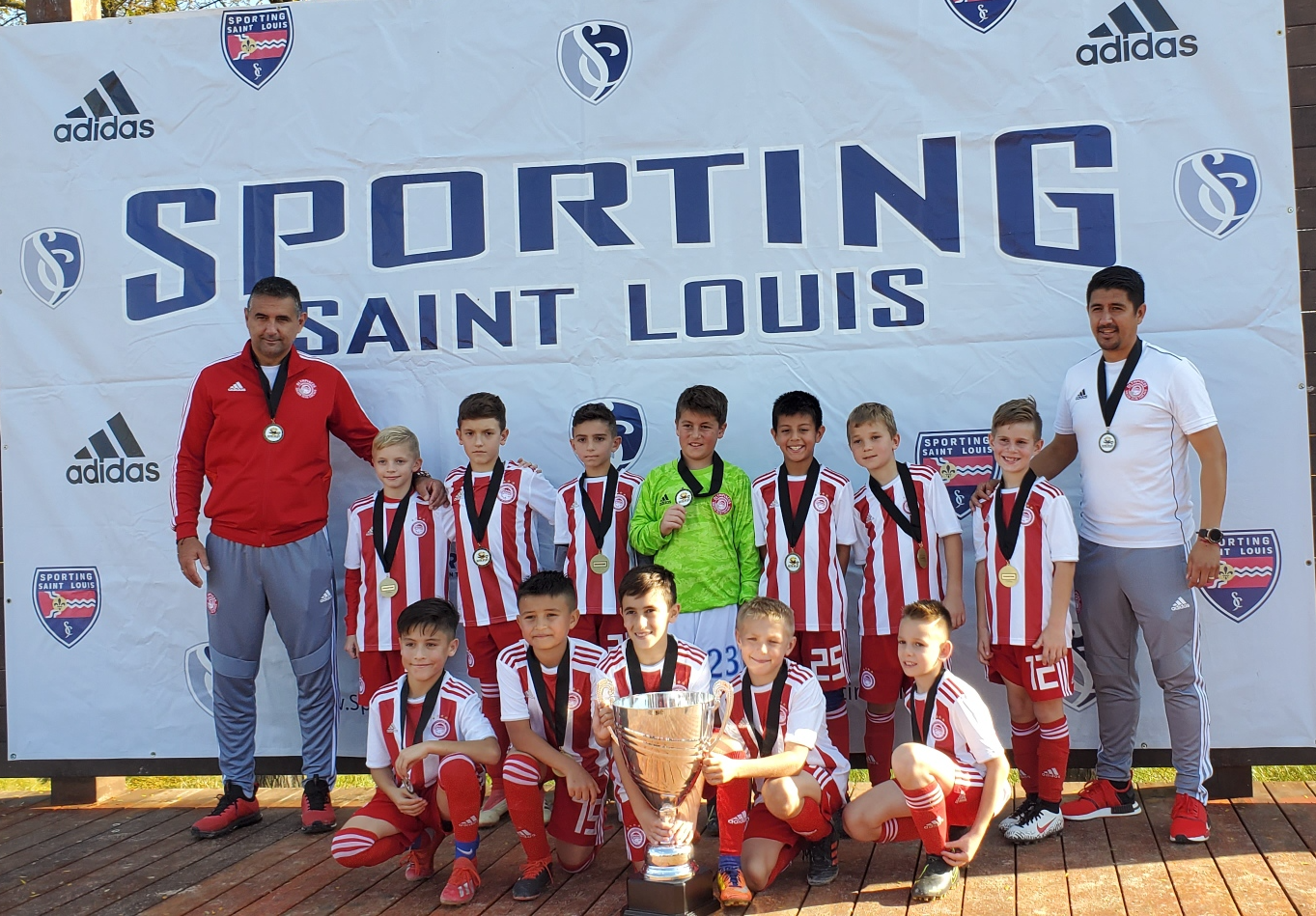 The newly formed Olympiacos Chicago BU10 LEGENDS Academy team attended the 2019 Sporting STL Metrofest Tournament in St. Louis, Missouri on October 26 –  October 27, 2019 and brought home the championship trophy! The team had a record of 3 Wins, 1 Loss, and 0 Ties (20 Goals For – 12 Goals Against). The team had a strong opponent  in the final playing against the host club Sporting STL Navy – Liverpool. The Olympiacos LEGENDS  won the game with a score-line of 4:3 to lift the championship trophy. The LEGENDS  had lost their tournament opener against the same team with the same scoreline!

The Olympiacos Chicago LEGENDS Academy teams are made of players that are selected and invited to play by Olympiacos coaches.  For more information visit our Legends Academy page.

For our prior Champions visit our ACCOMPLISHMENTS page!