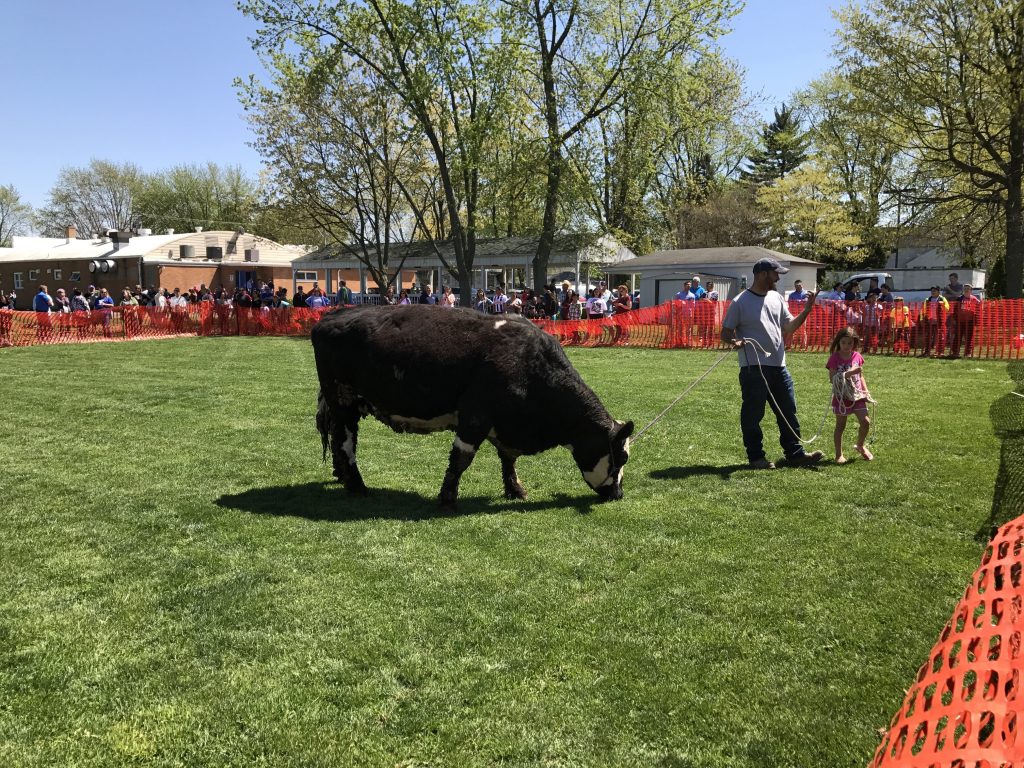 “It’s a bingo-type game where we get real live cows on the field and a professional surveyor has drawn out a random virtual grid,” said Mario Dukovac, member (and Olympiacos Chicago coach) of the Cow Bingo Committee. “The cows go on the field and they go about their business of dropping their ‘pies’. The first dropping is worth a $1000, the second is $3000, and the third $5000. Every time the cow ‘pees” that’s worth $100. So its big money if it lands on your square.”

Olympiacos Chicago parents, players, volunteers, coaches, and committee members lined the fences waiting to see when the first “cow pie” would be. After waiting nearly 20 minutes the first winner was named. The bingo ended 90 minutes later with all three pies served along three pees.

“This is Olympiacos Chicago’s annual fundraiser and all proceeds go to under-privileged players through the form of scholarships,” said Mario Dukovac. “We would like to thank everyone that bought a ticket, attended, and also volunteered for the fundraiser and made this possible for these kids.”