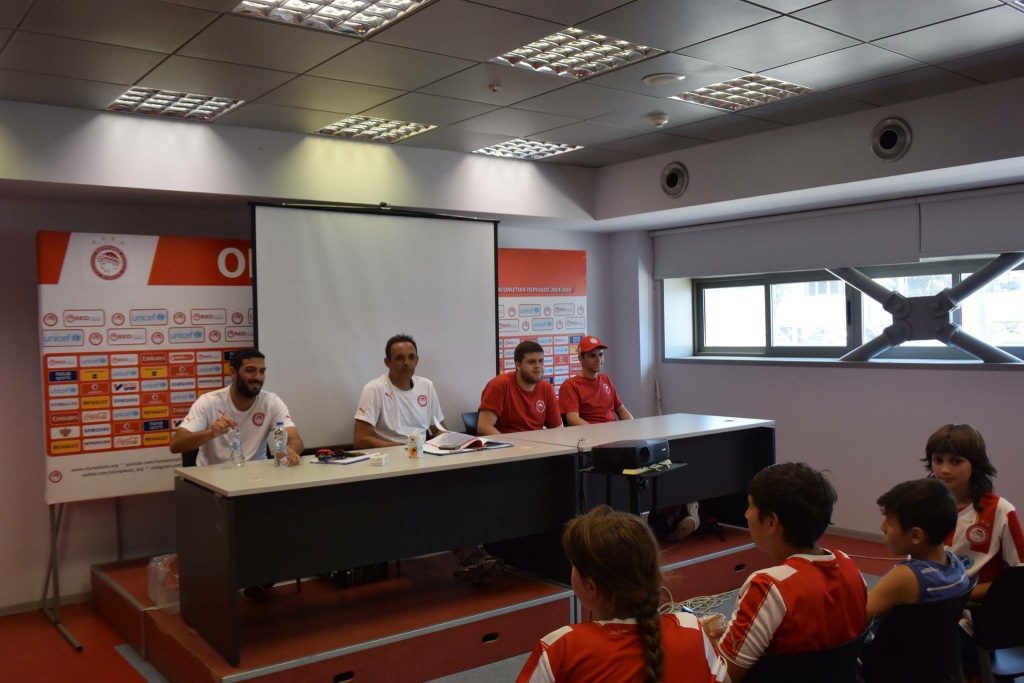 Volunteers from Chicago, USA travel to Piraeus, Greece in order to be right “next” to their favorite soccer team Olympiacos. Peter and Christos Kosmas, sons of the owners of the Olympiacos Soccer School in Chicago, are attending the Olympiacos FC Summer Camps as volunteers on a daily basis at the club’s training grounds in Renti.

The two young men who have graduated from high school in the USA and have already registered in their respective universities for the new year (one as a freshman and the other as a senior) are watching all summer camp activities closely and are helping out when asked to do so. The two brothers who became Olympiacos supporters from a very young age had the opportunity to speak in front of several children attending the camp in regards to Chicago and the image Olympiacos portrays in the windy city. Peter and Christos explained to the children that Olympiacos is growing as a club in Chicago, and the pro club’s name is very well known by the mere fact that Olympiacos participates in the UEFA Champions League every year.

Coordinator of the forum discussion was Giorgos Vaitsis who spoke in turn about Olympiacos’ global reach / phenomenon and asked the children to pay close attention to what they will hear during their visit to the “G. Karaiskakis” museum as this year their favorite team is celebrating 90 years of life!

Of course one of the subjects of discussion in which all children participated very actively on was about Chicago and one of its greatest residents Micheal Jordan! The NBA star played against Olympiacos in Paris something that many children were not aware of. Peter and Christos spoke to the camp’s “students” about Michael Jordan and their theories on sports, victory, defeat and work ethic!

Olympiacos Soccer School in Chicago will travel to Greece with nine players on Saturday to participate this coming Monday (June 22, 2015) in the 2nd period of the Olympiacos FC Summer Camps.