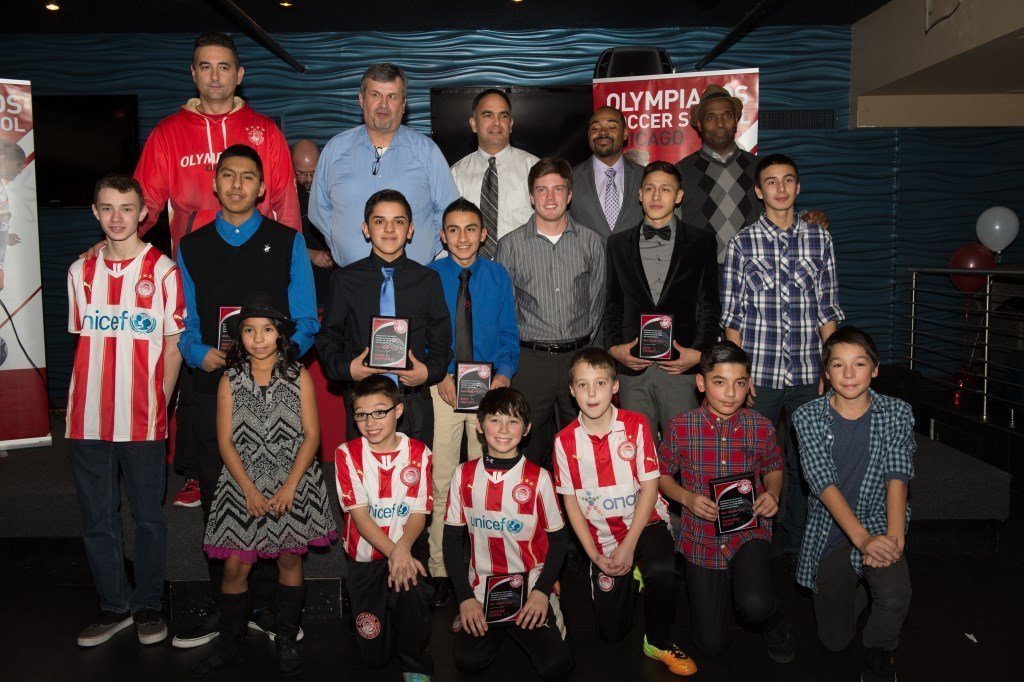 There was a great turnout  at Premier Lounge for the 2nd Annual Soccer Ball benefiting Olympiacos Soccer Club Chicago on February 7, 2015. Nearly 200 guests enjoyed some great food, a Karaiskaki stadium backdrop serving as a photo booth, a silent auction, and more to benefit the organization’s youth soccer development programs.

The 2015 Soccer Ball Sponsor Awards, were presented to GP Financial Servers and Premier Lounge for their continuous support of the club. Awards were also handed out to the Thrylos Tots program (ages 3-7) participants.

Special awards were given to the MVPs of the Olympiacos Chicago teams presented by their coaches.

The Olympiacos Chicago staff would like to thank all the organizations and families for the donations of silent auction items and of those in attendance for their unwavering support of our club.